England has a literary history spanning hundreds of years which makes it almost impossible to pick a few authors to give an overview of the wonderful writers the country has to offer. The following authors’ work all stands the test of time and in this modern multimedia age they have all been adapted onto stage and screen which shows how important they are in England’s literary canon. Even though only four out of the hundreds of English authors have been written about in this article they exemplify all that is important in English literature in their works.

One of the most popular types of television shows in Britain is the period drama with big dresses, stately homes and romance galore, and this stems from the works of famous English authors such as the Bronte Sisters and Jane Austen. Jane Austen’s novels set the model for all romance novels to follow with her tales of memorable heroes and heroines overcoming all obstacles to be together. Her novels preached love above everything else whilst highlighting the difficulties women faced during her lifetime, late 18th-early 19th century; hardships which were generally overcome by marriage. Jane Austen’s frank dealing with the gender issues encountered in her life mixed with her witty, humorous writing style has gained her world-wide acclaim with modern-day readers and critics alike despite being relatively unknown during her own lifetime.  Austen only published four novels during her lifetime, one of the most famous being Pride and Prejudice in which her most well known hero appears – Mr Darcy. Austen’s own life is reflected in the close-knit family relationships of her heroine Elizabeth Bennett who overcomes her initial bad impression of Mr Darcy and they eventually get engaged by the end of the novel. Austen is renowned for giving her characters, ‘good’ or ‘bad’, appropriate endings and Elizabeth and Darcy’s engagement is an example of this. 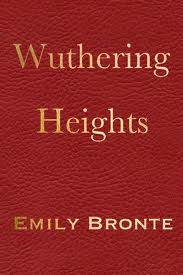 Emily Bronte’s Wuthering Heights also explores the difficulties experienced by women in regards to relationships and marriage. Marriage was mainly a means to gain social standing therefore often women wed men whom were rich although they did not truly love them. However, Bronte’s novel is darker than Austen’s and does not provide a ‘happy ending’ to her main characters like Austen’s novel. Catherine and Heathcliff’s love for one another is all-encompassing but their turbulent relationship eventually destroys them and others around them. Catherine, however, marries Edgar as Heathcliff’s position and education mean that she cannot marry him, her true love, although she hopes her marriage to Edgar will help raise Heathcliff’s social position. In the end her heartache, and the birth of her daughter, culminates in her death. At the end of the novel, after many dark and tumultuous events, Heathcliff also dies and is buried next to Catherine in a bleak final act of his love for her. Bronte’s tempestuous tale of love is reflected in the title as ‘wuthering’ is a Yorkshire word for ‘turbulent weather’. It has been adapted for television and radio many times and has even been made into a song by Kate Bush in 1978 (although one recommends reading the novel rather than listening to the musical homage) and remains firmly on the list of classic English novels.

Not only are famous and popular works of English literature regularly adapted for the small screen many contemporary English Authors write both novels and for television. Ben Elton is a typical example of this as he began writing for television with some of the most celebrated British comedy shows of the 1980s. The Young Ones and the last four series of Blackadder are just two of the programs he co-wrote. His novels have won him as much acclaim as his television work and he has published 13 novels since 1989. Two of his most well-known novels are Popcorn and Dead Famous and in these works he explores the relationship between the media (film and television in these cases) and its audience. He writes about two very popular genres in these novels, graphically violent films in Popcorn and reality television in Dead Famous in which he depicts a ‘Big Brother House’ scenario. Elton is challenging the criticism that writers, film-makers and media producers face and explores the issues surrounding the genres depicted such as taking responsibility for one’s own actions in Popcorn. Elton reflects contemporary trends and concerns surrounding literature and the media in his novels in a very interesting way. 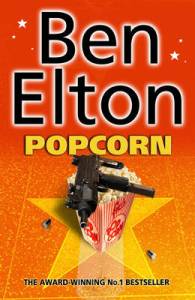 All three of the authors mentioned above deal with significant topics of their lifetime in their work and cause controversy in doing so. Another famous British author who is familiar with controversy is Philip Pullman who, as a supporter of the British Humanist Association and an Honorary Associate of the National Secular Society, has faced criticism over his outspoken atheism. He is most famous for his Dark Trilogy of novels aimed at children consisting of Northern Lights (The Golden Compass in America), The Subtle Knife and The Amber Spyglass. However, the novels are also read widely by adults as the themes and the challenges that the characters have to face in the novels are largely adult. He thus he bridges the gap between children’s and adult fiction – these factors have seen Pullman’s trilogy praised as an original alternative to similar novels by J.R.R. Tolkein (Lord of the Rings), J.K. Rowling (Harry Potter) and C.S. Lewis (the Narnia novels). In fact,

Pullman has criticised Lewis’ Narnia novels as religious propaganda and he clearly wanted to offer an alternative to these novels. Unlike the other novels mentioned in this article which offer a realist narrative whilst tackling real-life issues Pullman’s Dark Materials are set primarily in a parallel universe and include mythical beings. Pullman’s novels were very well received and proceeded to be adapted on the radio, television and on the big screen in the film The Golden Compass. Despite all of the controversy that Pullman has created throughout his career as an author his Dark materials have become some of the best-liked fantasy and adventure novels of this generation (me included).

With so many wonderful English Authors it was difficult to pick a small selection to demonstrate what sets English Literature apart from other works. However, what all the above-mentioned authors demonstrate is the importance of pushing the boundaries of literature to address issues important to them and in doing so have created some of the most memorable novels in literary history. These authors have overcome the controversy they all faced and their work is deemed some of the best ever written. English authors’ mantra seems to be ‘the rules are there to be broken’ and it is evident that these wise words should not be forgotten.